I am 72 years old and have had essential tremors since my early 30’s. The shaking and tremors became so bad that I had to quit my job as a lab technician in 1989. When in high school I could type 60 words a minute. For the past 15 years in order to type, I had to hold my right index finger with my left hand and type one key at a time. At times, the tremors were so pronounced that I had difficulty eating and drinking, but I made a really good “tossed salad”.

I have faithfully used Shaklee supplements since November of 1998 and added the Vitalizer when it was introduced. I also take CoQHeart twice daily along with B-Complex. There was very little improvement. I started taking VIVIX on August 23. In a week and a half, I noticed the tremors/shaking had lessened. Now, at THREE WEEKS of VIVIX, my tremors/shaking are

I was hoping a change would occur in two to three months on VIVIX, but NEVER expected these results in

Bobbi’s Dad Gets A New Lease on Life 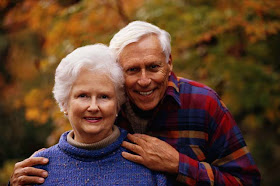 Below is a story about my husband and his experience to date on Vivix, Shaklee's cellular anti-aging tonic. He has been on Shaklee supplements since 2001, but we have seen the most change since starting Vivix August 2008. The improvements became noticeable within 2 months.

Before Vivix, our goal was to keep him as healthy as possible so his body only needed to deal with Parkinson's. Since Vivix, our goal has changed to repairing his DNA, reducing his symptoms and his medications; then use his personal experience to help others. I often reflect on why God put Shaklee in my path – and it’s times like this when I hear the answer.

Chuck is 80, I am 60; we’ve been married 26 years, have a blended family of 6 children and 16
grandchildren. He is my partner and the love of my life.

In 2003 Chuck was diagnosed with Parkinson’s Disease – a progressive neurological disorder with no
known cure. When you hear Parkinson’s you may think of Michael J. Fox, or the former Pope, who lived with Parkinson’s for many, many years. Chuck has a very positive attitude about his PD, he figures something would eventually get him, and it could be worse.
balance and coordination issues facial ‘mask’ – people with PD begin to lose their expression, have a quiet dullness about them, or as I refer to it, their lights go out 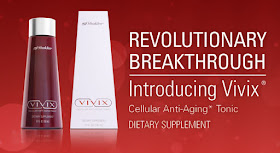 At Shaklee’s 2008 International Conference, when Vivix, our new cellular anti-aging tonic, was
announced, Dr. Jamie McManus, Director of Health Sciences at Shaklee, said people with diabetes, arthritis, heart disease and neurological diseases would have the most results. Well, you can imagine my cheer at that news!

Chuck began taking Vivix immediately and has been faithful with it every day since.

When asked how he feels today, he says he feels better but not sure exactly how. My report is that improvement has been happening continuously - and it is these things in life that mean the most! He’s
back to:
Is Vivix making a difference in Chuck’s health and in our life together? You bet it is! Some people say Vivix is expensive. I say Vivix is priceless.


PREVENT IS BETTER THAN CURE